Governing Law
Collisions between vessels and other objects, and liability for damages to vessels, people and goods on board are governed by the following laws, regulations and international conventions:

Vessel Operator, Defined
A Vessel Operator (Pengusaha) is a person or entity who utilizes a vessel for sailing at sea or on inland waterways and either steers the vessel itself or orders another person employed by it to skipper the vessel. (Art. 320 of the IComC).

Liability Allocations
Indonesian maritime collision liability follows comparative fault principles allowing a plaintiff to recover damages from a defendant after deducting the percentage of fault attributable to the plaintiff.

No Fault Events
If the collision was caused by an unintentional incident, or due to an event that was beyond the control of the vessels involved, or if there is doubt concerning the cause of the collision, then each party bears its own losses. (Art. 535 of the IComC).

One Party at Fault
If the collision was caused by the fault of one of the colliding vessels, then the vessel operator of the vessel at fault bears all of the losses. (Art. 536 of the IComC).

Based on examination by the Shipping Tribunal (Mahkamah Pelayaran) (see infra for a discussion concerning the Shipping Tribunal (Mahkamah Pelayaran)), the collision occurred when the Defendant’s vessel “KM Pul Perkasa” was being towed from Prajen-Palembang anchorage to Palembang port by tug boat “TB Tanjung Buyut 2-212” with the assistance of tug boat “TB Tanjung Buyut 1-206”. “KM Pul Perkasa” had to be towed because her engines had failed.

During the towing process, strong currents pushed “MV Pul Perkasa” to its port side and tug boat “TB Tanjung Buyut 2-212” was unable to control the KM Pul Perkasa’s movements. As a result, KM Pul Perkasa collided with KM Anu Bhum, which was at anchor.

The Shipping Tribunal declared that the collision was proximately caused by the lack of maintenance of KM Pul Perkasa engine and the lack of planning and coordination in the towing process.

On the cassation level, the Supreme Court rejected the Defendant’s cassation and upheld the antecedent decisions stating that the implementation of Article 536 of the IComC was correct in the matter concerning the collision between KM Pul Perkasa and KM Anu Bhum.

Death or Personal Injury
If a collision results in death or injury to a person in an event where the collision was caused by the fault of both parties, then both vessel operators are liable to third parties for all losses arising from the event. (Art. 537 of the IComC).

In this case, the Plaintiff was the owner of a barge “BG Pesut 2402” while Defendant I was the Captain of tug boat “TB Raymond I” and barge “BG PST 911”, which were owned by Defendant II.

During the time of the collision, the Plaintiff’s vessel was moored at a crane barge jetty. The vessel was suddenly hit by barge “BG PST 911” that was being towed by tug boat “TB Raymond I” under the command of Defendant I.
The accident caused damage to the Plaintiff’s vessel, barge “BG Pesut 2402”, resulting in the Plaintiff spending more than one hundred million Rupiah to repair the vessel. The Plaintiff requested the District Court of Samarinda to declare Defendant I liable for damages based on Article 1367 of the Indonesian Civil Code which states that an individual is liable not only for damages caused by his/her actions, but also by individuals who are under his/her responsibility or by goods under his/her possession and control.

The Plaintiff also claimed that based on Article 536 of the IComC, Defendant II as the owner of barge “BG PST 911” is liable for the damages suffered by the Plaintiff. Article 536 of the IComC states that in the event that a collision is caused by the fault of one of the colliding vessels, then the vessel operator of the vessel at fault bears liability for all of the losses.

The District Court of Samarina held that Defendant I had been proven to have committed an action against the law and ordered Defendant II to pay all of the damages suffered by the Plaintiff.

Pilotage
If a vessel collides with another vessel due to the fault of a pilot who is required by law to navigate, the pilot and the vessel operator of the vessel being piloted are jointly and severally liable for all losses arising from the collision. (Art. 539 of the IComC).

If a vessel, immediately after experiencing a collision, sails to a port of refuge and becomes a total loss prior to arriving at its destination, then unless proven otherwise, the loss is deemed to be a result of the collision. (Art. 540 of the IComC).

Ship Arrest
Vessels are subject to arrest as security for civil maritime claims arising out of collisions based on a court order. (Arts. 222 and 223(1) and the Elucidation to Art. 223(1) of Law No. 17 of 2008 concerning Shipping). However, arrest orders are very difficult to obtain in civil matters because the Ministry of Transportation has not yet promulgated implementing regulations governing arrest procedures and thus courts are reticent to dictate procedures for arrests. Arrests are more easily conducted by harbor masters for port state control violations that may arise in the context of a collision, or by the police, coast guard or navy for purposes of preservation of evidence or for ensuring safety and security.

Limitations of Liability
Article 541 of the IComC provides a limitation of liability of Rp50 (fifty Rupiah) (about a tenth of a US cent) per net cubic ton for a Vessel Operator for damages arising out of a collision; rendering liability de minimus. The IComC, and thus this provision, was promulgated in 1847 and is thus considered to be outdated by Indonesian courts. No liability limitation provisions are currently applied.

Master Liability and Reporting
The master of a vessel involved in a collision is personally liable for the damages arising from the collision unless the master is able to prove that the collision was not his/her fault. (Art. 249 of Law No. 17 of 2008 concerning Shipping).
The master of a vessel with knowledge of a collision involving his/her own vessel or other vessels is required to report the event to the harbor master of the nearest port if the event occurred in the territorial waters of Indonesia or, if the event occurred outside of Indonesia’s territorial waters, to the official of the foreign government with jurisdiction over the place the event occurred. (Art. 248 of Law No. 17 of 2008 concerning Shipping).

Shipping Tribunal – Mahkamah Pelayaran
After the preliminary examination of a collision by the harbor master (see supra), further examination of a collision is then conducted by the Shipping Tribunal (Mahkamah Pelayaran) comprised of a panel of experts constituted by and responsible to the Ministry of Law and Human Rights. (Articles 1(58), 250 and 251 of Law No. 17 of 2008 concerning Shipping). Investigations focus on the vessel collision, the adherence by the master to the relevant code of professional ethics, the competency of the master and/or the responsible vessel officers. (Art. 221(2) of Law No. 17 of 2008 concerning Shipping).

The Shipping Tribunal (Mahkamah Pelayaran) is charged with the duty of assessing fault or negligence in the application of professional seafarer standards of the master and/or vessel officers and providing recommendations to the Minister of Transportation concerning the imposition of administrative sanctions. (Art. 253(1) of Law No. 17 of 2008 concerning Shipping).

The vessel owner or operator is required to cause the master and/or crew to appear before the Shipping Tribunal (Mahkamah Pelayaran), failing which the vessel owner or operator may be subject to sanctions taking the form of warnings, or suspension or revocation of licenses. (Art. 254(2) and (3) of Law No. 17 of 2008 concerning Shipping).
The Shipping Tribunal (Mahkamah Pelayaran) is regulated in detail by Government Regulation No. 9 of 2019 concerning Vessel Accident Investigations.

Time Bars and Stays – Statute of Limitations
A plaintiff must initiate legal proceedings seeking compensation for damages arising out of a collision within two years from the date the collision occurred or the claim is lost and any suit filed is subject to dismissal. (Art.742 of the IComC). Provided however that the statute of limitations will be stayed if the plaintiff is able to prove that it has delivered a warning letter signed by an authorized person acting for and in the name of the plaintiff describing the claim with sufficient specificity; or the plaintiff is able to prove that it has commenced other forms of legal proceedings. (Art. 1979 of the ICC).

Criminal Provisions
Law No. 17 of 2008 concerning Shipping criminalizes a wide range of acts and omissions relating to shipping and port activities with maximum criminal penalties up to 20 years imprisonment and/or fines of up to Rp2,500,000,000 for some conduct. (See generally, Chapter XIX – Criminal Provisions of Law No. 17 of 2008 concerning Shipping). 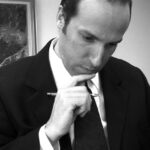